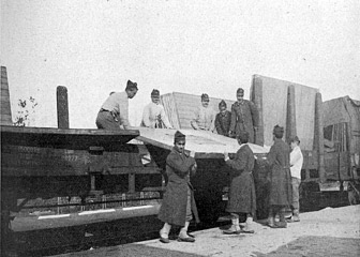 Danish consul Christian Ferdinand Christoph and his partner Christian Rudolf Unmack started the production, and in 1882 they received an authorisation for the production of mobile Döcker’s houses. The houses were largely applied in all army administrations, and were highly appreciated for their practical aspects and applicability.  Prussian General Physician Dr.V. Coler from the Ministry of War in Berlin, during the order of the houses insisted on moving the production from Danish Copenhagen to Germany. It happened in 1882, when the production commenced in Niesky (Upper Lusatia) in the machine factory of Ch. F. Christoph‘s uncle, Mr J.E. Christoph.

The panels as the best solution for lazarettos

At the event of the international exhibition in Antwerp in 1885, International Red Cross announced the competition of the best construction of the treatment of injured soldiers and infected patients. From the sixty registered solutions, it was Panel house from system Döcker, produced by Christov & Unmack that won the Honorary Award of Her Majesty German Empress Augusta and Golden Medal with the portrait.

German Red Cross organisation ordered 80 houses for the use during humanitarian crisis and natural disasters. Austrian Red Cross made similar purchase. The houses were used during epidemics of typhoid and measles, they were used as pavilions for the treatment of lung diseases.  In 1899, Christov & Unmack built the first school, and the expansion of panel wooden houses continued in the education segment. It was also used by the church as emergency churches and chapels. It was then applied for school trip accommodation, leisure facilities, summer residences, and houses. Döcker system constructions were used also as colonial constructions for the transport and mining companies. Wooden houses of Christov & Unmack were built and used in the whole Europe, in the colonies, in Turkey, in North American states, in Brazil, Argentina, Mexico, and in Japan. During World War I, Döcker’s houses were used in all battlefields.

Where you find us 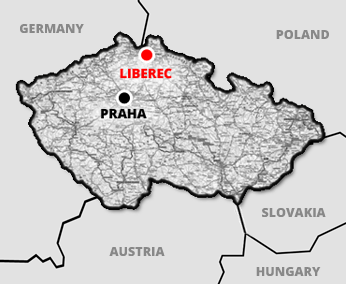